Poulsgaards Hot In The City.

Ludvig - Poulsgaard's Hot In The City - moved in with us with Mads on a somewhat sad background in connection with Toves death.

Louis is livingl with Maria, Get It and Magic.

He is a little cautious about new people, but he can definitely be relegated to a close contact.

Perhaps it is him - maybe it's just because we have not had males before - but he radiates a superior calm, like a male lion when he walks among all the bitches.

He quickly fell into the routine of the house, and he had no problems in viciting Leif and he other girls.

There has been no suggestion of fighting or unrighteousness. Ludvig moved in as if he had always been living with us - dad had returned home.

One particular thing, however, is funny.

One of the first days we sat on the floor in Maria's kitchen, and at one point Leif took a camera. At once Ludvig disappeared into the living room. He looked in between in the doorway but disappeared immediately. We wondered and a possible solution struck us - Leif put the camera away, and Ludvig came back.

Maria straightened her cell phone against him - and immediately he was gone again.

We have experimented a bit - the pattern is clear. Is there an attraction to take pictures, Louis is gone. If he can not get away, he immediately sees himself behind a person, a tree, a box - whatever he is out of reach. He keeps an eye and keeps his hide until the camera is put away or pointed in another direction.

Ludvig has a clear sense of photography, and we just have to accept it. 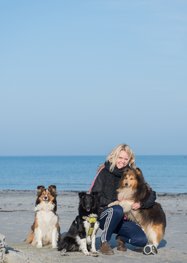 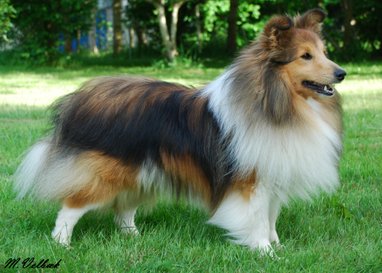