In september 2010 Laura, who was living at Kennel Elverlamshuset, have her last litter. Likewise Emma, we had a short discussion, wether she should be relocated to a familie ore she should return home.

It was a very short discussion, Laura had to come home.

A long time ago Lotte (from Kennel Elvarlamshuset) and Maria made an agrement that she had to have a Laura-puppy. This was the last litter of Laura, so it had to be now.

First and foremost the puppy was due to performe Agility. One of the puppys had some unauthorized color drawings but she seemed very agile and sensitive - her name was Nova, and she stayed with us.

Nova moved to Bornholm in October, and after the usual entrance ceremonies, she was inducted into the family.

By a veterinary inspection, we found out that Nova had an early injury, which meant that the right shoulder was permanently out of context. Nova had been injury so early that the bone had developed incorrectly.

We went to the animal clinic in Faxe, where we discussed a possible operation, which would fixate her right front leg. For comparison, we had her behaviour in everyday life, where nothing indicated that her injury affected her-she had taught herself to compensate. She had no pains ore trouble moving, so we decided that she should be allowed to deal with the problem herself. A decision we haven't had reason to regret.

Of course, we had to accept that she won't be a AG-competition dog, but she can run for fun, and she have no problems living a normal dog-life.

Nova is, of course, the "baby", and it utilizes fully-she's still playful and cheeky. She is bestfriend to Jessy and is a faithful shadow when they are beating off out over the fields in search of deer and hares.

After Get It started to come in the house, she has found a new and interesting running buddy.

17-03-2021 was the end date for Nova. I actually thought she had started to show signs of wear and tear due to her injury, but the x-rays were extremely fine - on the other hand, the kidneys were not fine. They were about to quit due to cancer. She could possibly be stabilized with strong medication, but we chose from that, so we had her put down. 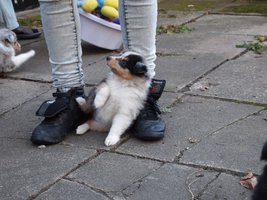 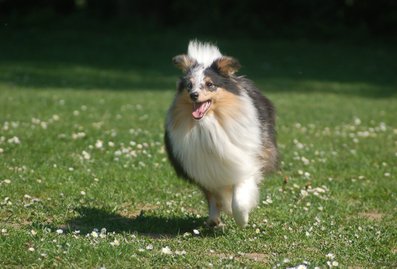 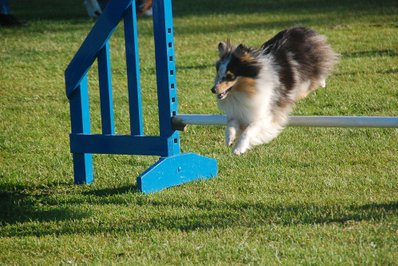